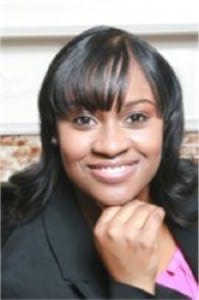 In 2010, Lakenya Rivers created F.A.M.I.L.Y. Movement, a non-profit organization committed to stabilizing and empowering families in transitional living by mentoring and teaching self-worth and family values. Lakenya’s life experience past was a large reason why she decided to create F.A.M.I.L.Y. Movement. As a teenager, she found herself homeless and was forced to live in a shelter while taking care of her younger siblings. This experience was an eye-opener for her and she made a pledge that if she was able to leave the shelter and achieve professional success, she would help others get back on their feet by providing the support they needed. Thus, F.A.M.I.L.Y. Movement was born.

Over time, with increased success and more people calling on the organization for help Layenya knew it was time to grow the organization but in order to grow, it was necessary to raise money from corporations and foundations. That when she heard of Get Konnected! a Boston networking event that facilitated “connections” for professionals of diverse cultural backgrounds. So she started attending GetKonnected!, at one of these events she connected with both Bob Rivers the President of Eastern Bank and Nancy Stager the bank’s Executive Vice-President for Human Resources whose portfolio also included oversight of the bank’s corporate philanthropy.

After meeting Lakenya and listening to her story, both Bob and Nancy recognized that F.A.M.I.L.Y. Movement’s mission was closely aligned with the mission of Eastern Bank’s Foundation. As a result of this “connection: Lakenya and F.A.M.I.L.Y Movement received a $10,000 grant from the Eastern Bank Foundation to support her work. Had it not been for GetKonnected!, she would never have been presented the opportunity to cross paths and meet Bob Rivers and Nancy Stager.